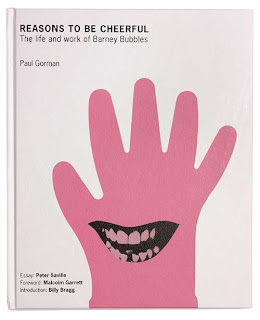 Reasons to be cheerful a book about Barney Bubbles written by Paul Gorman with an essay by Saville and forward by Garrett.

'So where does Barney Bubbles fit in?
1) He was one of a number of designers working for Vertigo in the early Seventies. Marcus Keef produced many of the covers for the folky/prog side of things while Hipgnosis and Roger Dean were among the other talents given an early start by the label. There are two covers credited to BB under his Teenburger name, the first album by Cressida in 1970 and, more significantly, Gracious! by Gracious, also 1970. The stark simplicity of the latter’s giant italic exclamation mark runs counter to anything else on the label at that time.
2) The Gracious! design is printed on bubble-textured card while the white areas of the Autobahn design are embossed onto the sleeve. Texturing isn’t unique to the Gracious album, however, so this factor is circumstantial. Vertigo’s designers used a number of elaborate effects from die-cut sleeves to packaging which opened out to a much larger size, a trick BB famously used later for his Space Ritual and Armed Forces sleeves. Black Sabbath’s Master of Reality album was designed by the Bloomsbury Group and that cover uses a similar embossing.''


The Bloomsbury Group is quite difficult to track on the internet.  (keeps referring to early 19th century group pf artists and writers).  I have found Geoff Halpin worked with the Bloomsbuty Group.

Some more from John Coulthard blog


#22 posted by Malcolm Garrett   Feb 20th, 2007
I do indeed hold Barney in the highest regard – hello Norman! ;-) – and always cite him as the single biggest direct influence on my own work designing sleeves in the late 70s.
I have written (quite briefly it must be said) about his influence in both Graphics International and Dublin’s Hot Press magazine amongst others.
I was particularly influenced by the ‘attitude’ of his work for Hawkwind, not just for the sleeves themselves but for the attention to all aspects of their visual persona. That was certainly something I endeavoured to bring to bear with my Buzzcocks work. At that time I even had the opportunity to work with photographer Chris Gabrin who had worked with Barney a lot during the Stiff days (eg Elvis Costello -This Years Model with the fantastic off register ‘wrongly’ trimmed slleve) – there was a small circle of creative talent that all worked together then, and credit must be given to Head of A&R at UA Records, Andrew Lauder both for signing great bands to that label, and his subsequent labels Radar and then F-Beat (in partnership with Jake Riviera of Stiff fame), and for always giving space to Barney to deliver of his best with all those fold out sleeves, and elaborate extra booklets and posters etc. Credit must also be given to his loyal and dedicated assistant, Pauline (aka. Caramel Crunch) who worked with him at least from 1978 onwards.
I am always on the lookout for Barney’s sleeves in second hand stores, trying to build up my ‘collection’, both before and after Hawkwind sleeves. He was extremely prolific and did lots of low budget jobs for the many friends he’d made in the West London music world. An early one which I’m fond of and that shows his inventive and witty figurative illustration style is for Chilli Willi and the Red Hot Peppers.
I’m not sure if the tax demand reason for his ultimate depression and death is actually anecdotal or not, as he apparently often went off to the West Country on ‘retreat’ to get away from the daily pressures of work. It’s certainly true that on one of those last sleeves (can’t recall which one) his design credit was his VAT number, as a wry comment on those demands.
I was honoured to meet him when I worked briefly at Radar records in 1978, officially as his sort of ‘relief’ designer. Andrew Lauder, who had signed ‘my’ band Buzzcocks to UA and subsequently left to form Radar as noted above, thought it would be good idea to take some pressure of him by having me do much of the design work for lesser signings whilst he concentrated on producing great work for Elvis Costello (eg. Armed Forces) and Nick Lowe.
As well as Rick’s article in Eye magazine, there was also a couple of pages in The Face circa 1983 shortly after his death.
The exhibition that Rebecca and Mike staged at Artomatic Gallery (about six doors down from where I am now writing in fact) was particularly good as it focused to a great extent on all his counter-culture defining work just before Hawkwind ‘took off’. I was happy to see included one of the original Hawkwind painted amplifiers, still with (apparently) a healthy coating of suspicious white powder on the insides where presumably Lemmy’s legendary narcotic requirements were stored and transported when on the road.
Hey, Norman, it seems we should be reconsidering that publication we talked about a year or so ago…http://www.malcolmgarrett.com/
Malcolm Garrett went to Manchester poly when Peter Saville was there and worked at Radar records.  He designed Duran Duran Rio which was illustrated by famous 80's illustrator Patrick Nagel.
'

An article in the WIRE 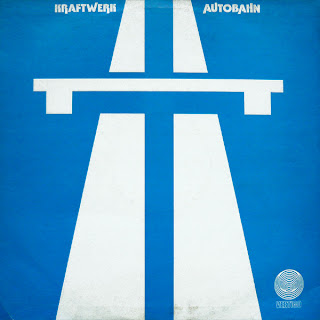 Having grown up with the record collections of my two older brothers, I didn’t start collecting records of my own until my late teens. My friend Malcolm Garrett [of Assorted Images] introduced me to Kraftwerk’s Autobahn in 1974. I was so impressed with the 30 minute title track that I had to have a copy of my own. Not only did the music have a profound influence on me, the sleeve made a lasting impression – the appropriated road sign symbolising the excitement and romance of travelling through Europe. It was my introduction to semiotics, and inspired a use of visual codes that I would develop later through Factory Records. Peter Saville was house designer at Factory records during the 1980s'' 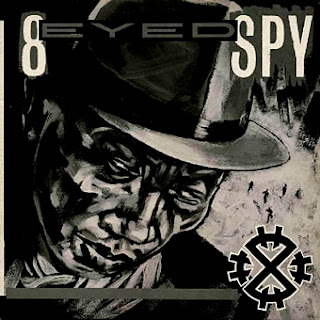 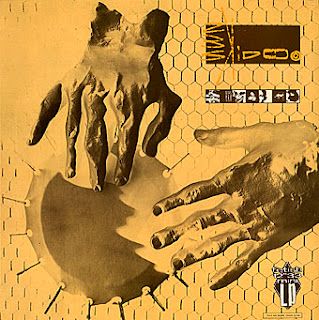